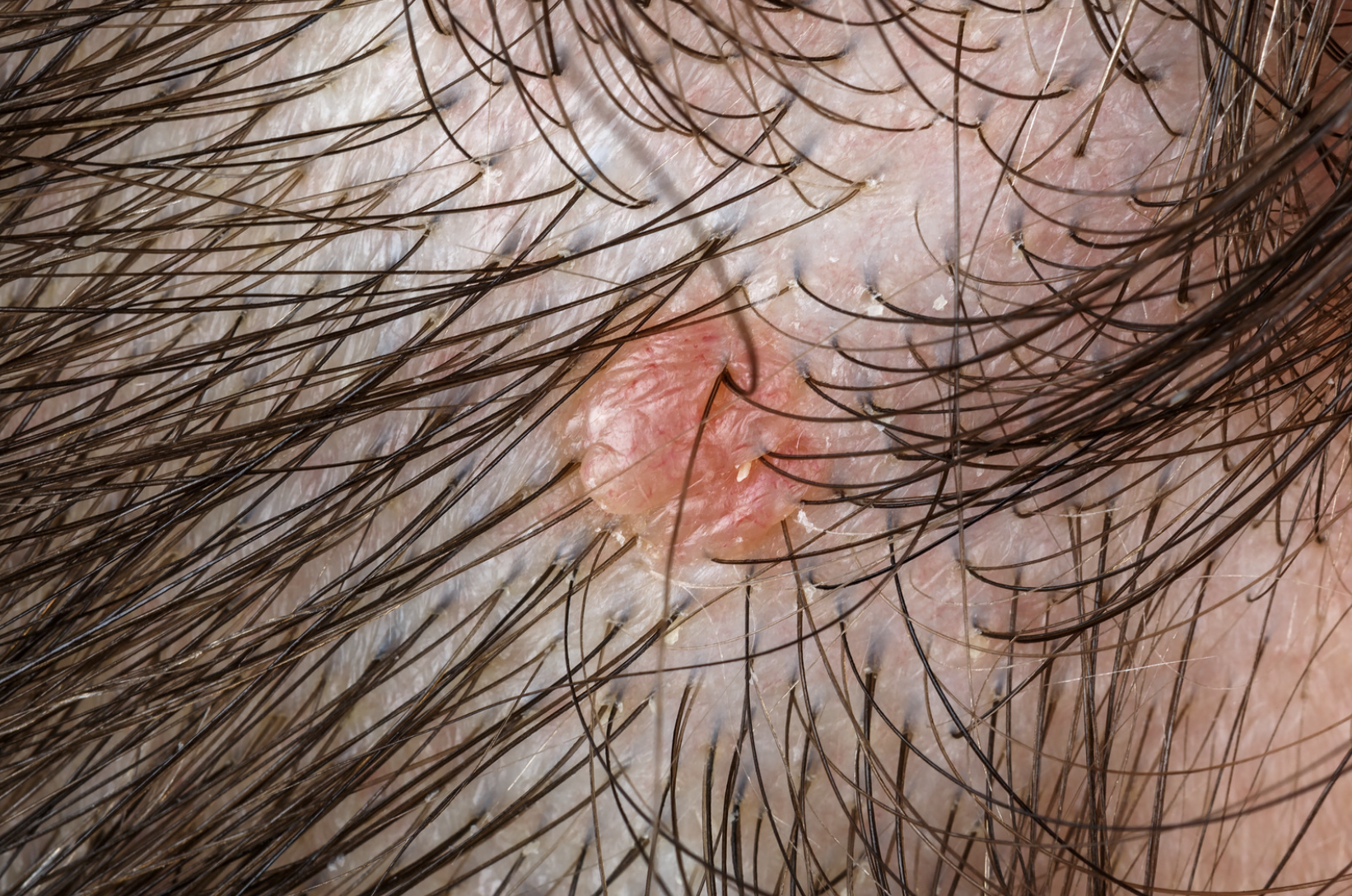 What Is Basal Cell Carcinoma?

Because the damage to the basal cells is caused by UV radiation, basal cell carcinomas typically develop on areas of your body that get chronic exposure to the sun such as the head and neck. UV radiation from indoor tanning beds can also damage the basal cells leading to an increased risk for skin cancers.

What Are the Symptoms of Basal Cell Carcinoma?

Knowing the signs and symptoms of a basal cell carcinoma can help with the early detection and treatment. 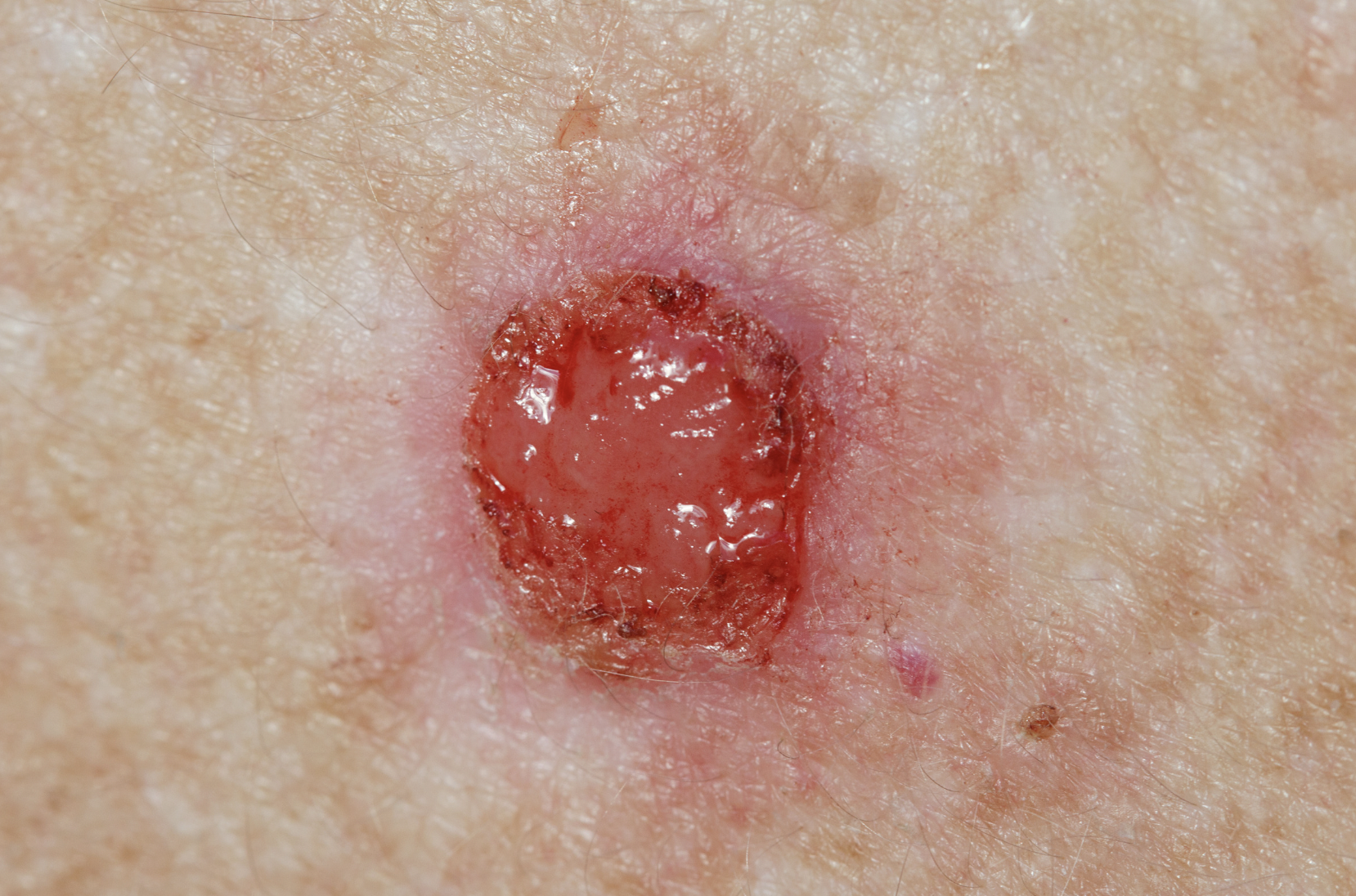 What Are the Risk Factors for Basal Cell Carcinoma?

Protecting your skin from the sun can help reduce your risk for basal cell carcinomas. Dermatologists recommend avoiding the sun during its peak hours, applying broad-spectrum sunscreen (SPF 30 or higher), and wearing sun-protective clothing. The use of tanning beds is also strongly discouraged.

How Is Basal Cell Carcinoma Diagnosed

Any new, unusual, changing, or symptomatic growth should prompt a visit to your dermatologist. If you have risk factors (personal or family history of skin cancers, transplant recipient, significant sun exposure or tanning bed use in the past, etc), scheduling regular appointments with your dermatologist can help with accurate and timely diagnosis and treatment of skin cancers.

The most common treatment options for basal cell carcinomas include:

Curettage and electrodessication are commonly used to treat small, well defined basal cell carcinomas. During the procedure, a dermatologist uses a sharp round instrument called a curette to scrape away at the skin cancer cells. After scraping the site, heat is then applied to destroy the remaining skin cancer cells and control the bleeding. The scraping and heat application may be repeated a few times during the treatment session to ensure the removal of the basal cell carcinoma. The procedure usually leaves behind a round white scar.

Surgical excision is commonly used to remove basal cell carcinomas. During the procedure, the dermatologist uses a blade called a scalpel to excise or cut out the skin cancer. The visible skin cancer along with a margin of normal skin at the skin cancer border is removed and sent off for evaluation at a pathology lab to ensure that the skin cancer was completely removed. The surgical site is then closed with sutures. The procedure usually leaves behind a line or linear scar.

Mohs surgery is a specialized technique used to treat skin cancers in sensitive locations such as the eyes, nose, lips, ears, fingers, and toes. It is also the treatment of choice for large and/or aggressive skin cancers with poorly defined borders.

Mohs surgery ensures that the skin cancer has been completely removed while preserving as much normal skin as possible.

Radiation therapy is primarily used as a second line therapy in patients who are not good candidates for surgery. For advanced or aggressive basal cell carcinomas, radiation therapy can also be used in combination with surgery.

During radiation therapy, low-energy x-ray beams are used to destroy the skin cancer cells. Treatment of the skin cancer requires numerous treatments over a period of time, usually weeks to months.

Thin, superficial, early basal cell carcinomas can also be treated with photodynamic therapy. During the procedure, a light sensitizing topical agent is applied to the affected areas. Following a period of time for absorption, the treated area is then exposed to a light or laser, generating a reaction that destroys the skin cancer cells.

5-fluorouracil is a chemotherapy cream that selectively targets and destroys the actively dividing cells of skin cancers. Imiquimod activates the immune system to destroy the skin cancer cells.

Treating your skin cancer with a topical preparation requires diligent use of the cream to the affected area for the prescribed amount of time. Frequently, it requires applying the medication once or twice daily for a period of weeks. If selected as your method of treatment for your basal cell carcinoma, your dermatologist will provide detailed instructions on how often and how long to use the topical.

During treatment, expect the site to become red, scaly, and inflamed as the medication eradicates the skin cancer cells.

“Dermatology & Surgery Associates is a first class dermatology practice. Dr.Rosen’s attention to detail and patient relationships are truly unrivaled, and the standard of care maintained by all of the physicians in his practice is high. I would not trust my dermatologic care to any other group of physicians – as this practice sets the bar for quality, long-lasting doctor-patient relationships.”

“The physicians are top-quality and accessible. They strive to provide the best patient care and are kind while doing so. I have used two physicians from the practice and they are both at the top of their game. What more could you ask for? I highly recommend this practice.”

“Dermatology & Surgery Associates is great! Always there when I need them, and extremely friendly too. The service I receive is always thorough. I would definitely recommend them to a friend.”

“Dr.’s Rosen and Whang are as good as there is. Caring and careful examinations each and every time you go. I wish all doctors paid the time and attention to me as these fellows do. Just wonderful to me and my family”

Dermatology & Plastic Surgery Under One Roof

By Dermatology and Surgery Associates | © 2022 All Rights Reserved. Design & Development by Goldman Marketing Group | Sitemap | Privacy Policy | The information available on this web site is provided for informational purposes only. This information is not intended to replace a medical consultation where a physician’s judgment may advise you about specific disorders, conditions and or treatment options. We hope the information will be useful for you to become more educated about your health care decisions. If you are vision-impaired or have some other impairment covered by the Americans with Disabilities Act or a similar law, and you wish to discuss potential accommodations related to using this website, please contact us at 201.584.5253.