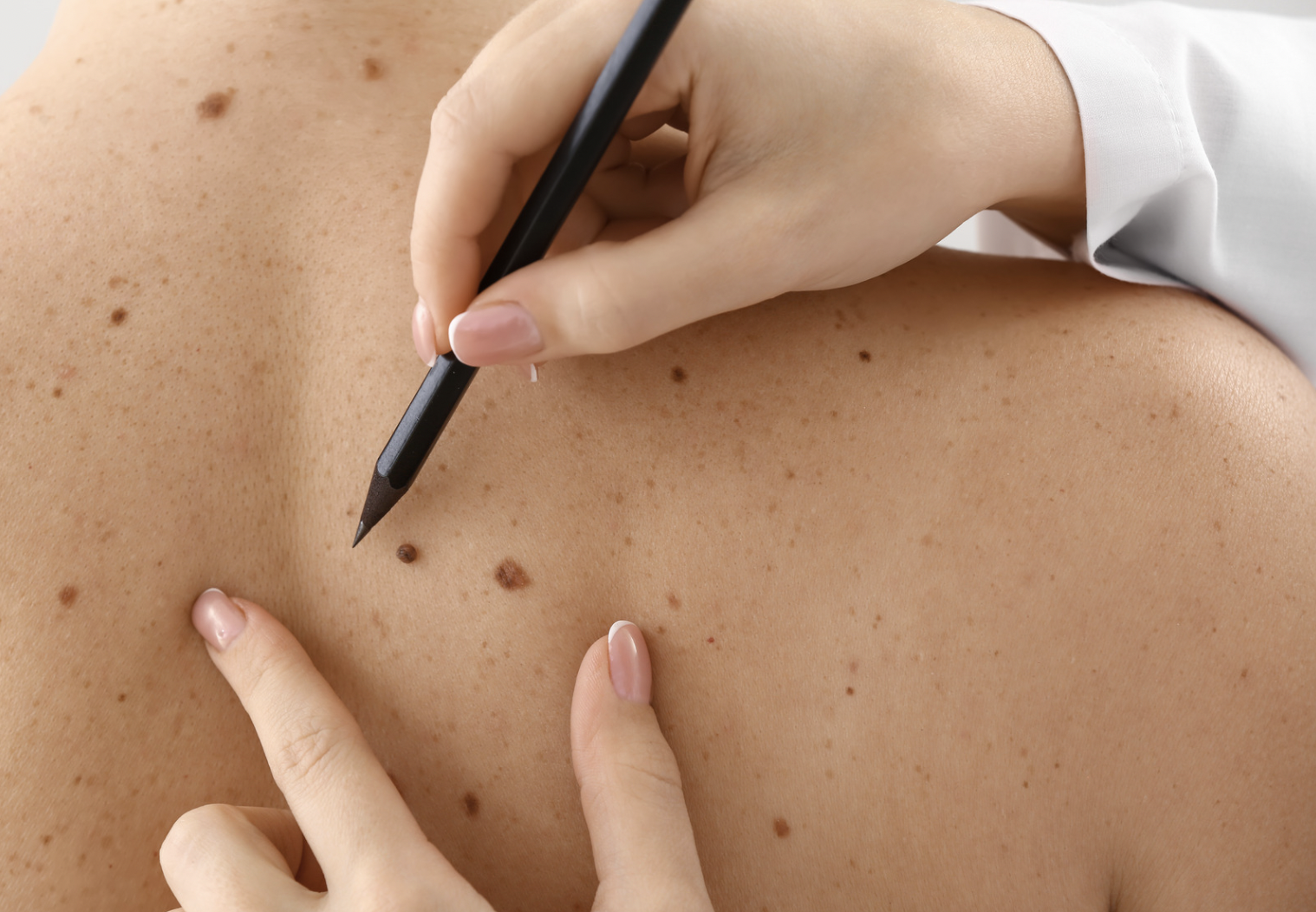 Moles are usually harmless, but they can be a sign of skin cancer, the most common cancer in the United States. In 2021, melanoma skin cancer claimed over 7000 lives.

Not all moles are cancerous, but they are the most common skin injury affecting 95% of the population.

What Is A Mole?

Moles are also called nevi. They are common skin growths that can appear anywhere on the body, but they are most commonly found on the face, neck, and chest. Moles vary in size, shape, and color. Some appear as flat skin growths with no color, while others are raised and may have fine color, making them different and easy to see from the surrounding skin.

Moles emerge from the overproduction of cells responsible for skin color, which is also caused by too much sun exposure or hormonal changes that may occur after trauma or even pregnancy. Moles are also hereditary so parents can pass on the gene for moles to their children. 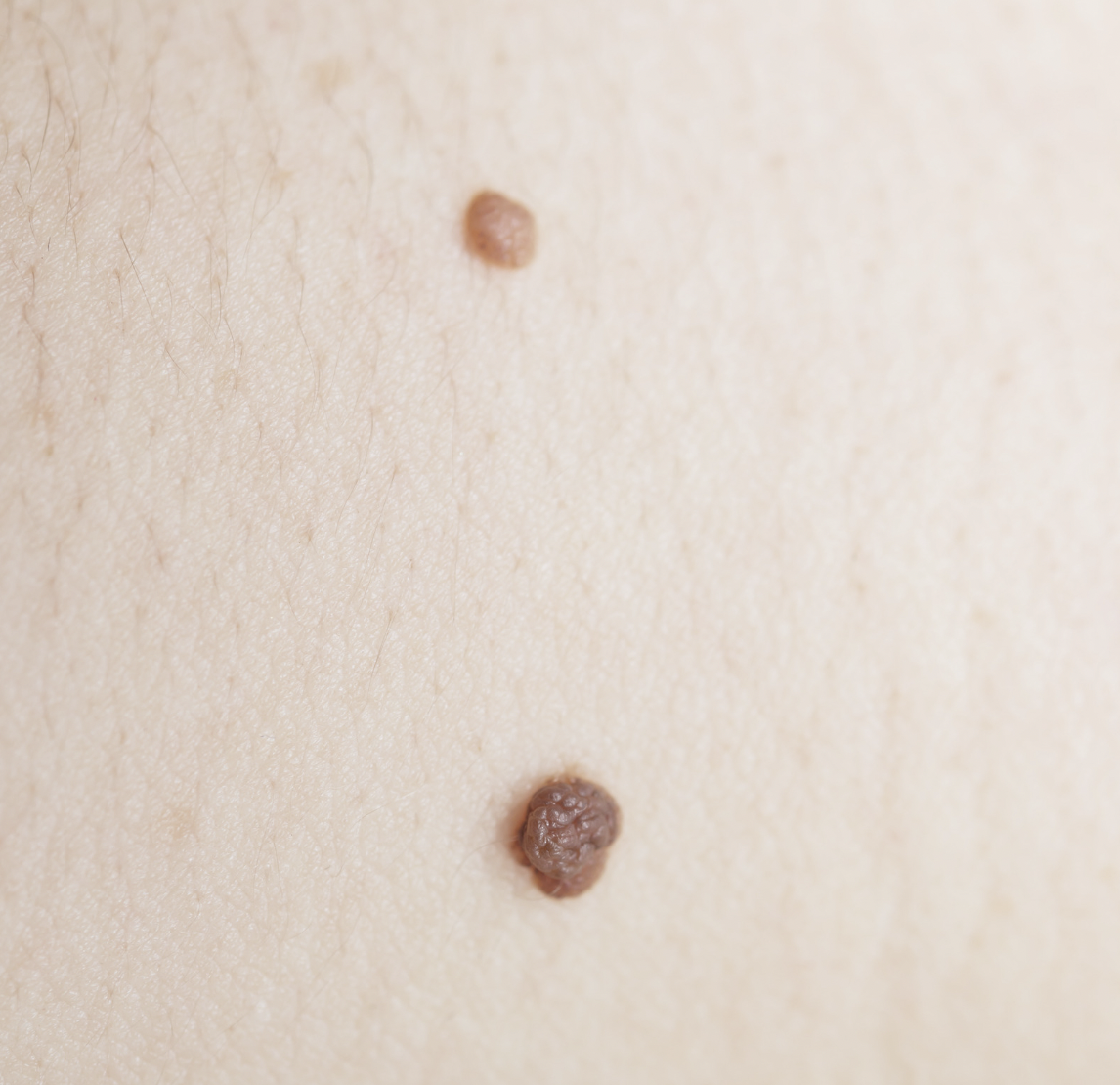 What Are the Signs of Moles?

Moles are usually visible from a distance, but sometimes they may be hard to see. Moles are usually brown to black, but there are uncommon ones with a lighter color. The back or neck is commonplace to find moles on your body, but they can be anywhere on the skin.

There are several types of moles. They come in different kinds of shapes, sizes, and colors. Some common types include:

The most common type of mole is not cancerous. It affects nearly 90% of all people worldwide. These moles are called common moles or nevi. They can appear anywhere on the body, except for the palms of hands and soles of feet, and usually have an irregular shape. They are typically brown or black, though they may also be gray or pale.

Birth mole (medically called congenital nevi) is another common type of mole. It appears at birth or develops during childhood. These moles appear on the head and neck but most commonly on the back of the neck and shoulders. The moles are circular or flat and have a dark brown or black color.

These moles can be a sign that cancer (melanoma) is developing. They appear on the back, shoulders, and neck and have irregular borders and enlarged rete ridges.

This is another skin mole that mostly affects children and young people.

It appears on the head, neck, scalp, and shoulders. This mole is normally brown or black, and it resembles melanoma.

Moles are usually not cancers, but they can become cancers. Utilize the ABCDEs to determine if a mole is cancerous or not. Each alphabet of this tool represents a characteristic of the mole, making it a normal mole or cancer.

A: Asymmetry – If your moles have different shapes, it could mean you have cancer.
B: Borders – normal (non-cancer) moles have smooth borders or edges, while cancer moles have rough borders.
C: Color – Normal (moles without cancer) are often light to dark brown and uniform in appearance. Cancer moles come in many colors, including red.
D: Diameter – If you have a circle, the diameter is the line that divides that circle into two halves. You should not worry if your mole measures less than one millimeter. Otherwise, have your board-certified dermatologist check it out
E: Evolving – normal (non-cancer) moles look the same. Cancer moles change and expand with time, altering size and color.

How to Treat Moles

Like most skin cancers, moles are treated with a variety of methods. The first step is to determine if the mole is cancerous or normal. Once you know what type of mole you have, you can choose from various treatments to get rid of it. The most common way to get rid of moles is surgery.

You have several options including:

Surgical excision is the most common treatment for moles performed by a qualified surgeon using surgical blades.

This type of surgery uses lasers. A laser is a device that emits light. So instead of using a blade, it is the light from the laser that serves as a blade. Although the healing time for laser surgery is longer than surgical excision, it has fewer risks.

Another option is electrosurgery; this involves passing an electrical current through your skin to remove a mole. Electrosurgery is a minimally invasive procedure. It has less risk of leaving scars than surgical excision, but it can be more expensive.

The newest option for removing skin cancers and other lesions is cryosurgery; this technique uses liquid nitrogen to freeze the growth in place. This procedure is minimally invasive, but it may leave scars.

How to Prevent Moles

If you can, try to prevent moles from developing.

The bottom line is that you should always check your skin for suspicious moles, and if you find them, get them checked out by a dermatologist. It would help if you also remembered to use sunscreen daily and limit your time spent in the sun.

“Dermatology & Surgery Associates is a first class dermatology practice. Dr.Rosen’s attention to detail and patient relationships are truly unrivaled, and the standard of care maintained by all of the physicians in his practice is high. I would not trust my dermatologic care to any other group of physicians – as this practice sets the bar for quality, long-lasting doctor-patient relationships.”

“The physicians are top-quality and accessible. They strive to provide the best patient care and are kind while doing so. I have used two physicians from the practice and they are both at the top of their game. What more could you ask for? I highly recommend this practice.”

“Dermatology & Surgery Associates is great! Always there when I need them, and extremely friendly too. The service I receive is always thorough. I would definitely recommend them to a friend.”

“Dr.’s Rosen and Whang are as good as there is. Caring and careful examinations each and every time you go. I wish all doctors paid the time and attention to me as these fellows do. Just wonderful to me and my family”

Dermatology & Plastic Surgery Under One Roof